If aircraft are returned late or in an unacceptable condition at the end of lease, the operator can face significant compensation costs. Recommended best practice for the aircraft lease transitions process are highlighted here, including the need for detailed, advanced planning. AVITAS’s Bruce Burnett advises on the best practices for aircraft leasing, read more here […]

Drafting lease language – don’t end up with this aircraft

AVITAS Technical, Valuation and Consulting services can help you with drafting lease language so you don’t end up with this aircraft Contact us now to discuss how we may assist with your lease language requirements.

Historically a repair station could repair components using new OEM parts without an 8130-3 for each of the piece parts and release the repaired component with dual FAA and EASA certification.  With a recent rule change by the FAA, U.S. repair stations are no longer allowed to provide dual certification without each new part used […]

Lease Return Language – “without regard to hours and cycles”

Almost all leases contain clauses that describe the condition that the aircraft and engines must meet at the end of the lease term.  These “return conditions” stipulate the aircraft configuration, the status of the airframe maintenance, the time remaining on major components, other details that the lessee must meet when the aircraft is redelivered to […]

Non-Incident Statements – What are they all about? When you buy a used car, a typical first question might be, “has this car been involved in an accident?”  After all, if the car has had significant damage, surely this would affect the purchase price.  For an aircraft, this is similar, but not exactly the same.  […] 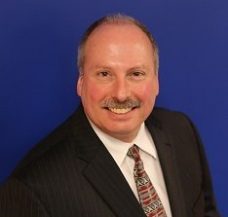 Not having adequate documentation and data ready for an aircraft or engine lease return can cause big problems for airlines and leasing companies alike. MRO maintenance records can have a substantial impact. Read the article here 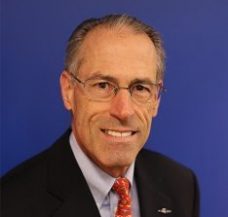 Bruce Burnett led a team including  Tim Scott, Vice President, Technical on a week onsite review of all facets of Airnorth’s operation.  In addition to the due diligence and operational review, AVITAS provided valuations for the 13 aircraft in the Airnorth fleet. Featured Article from Acquisition International

AVITAS Heads West to the Boeing Appraiser’s Day in Seattle

John Vitale, Adam Pilarski, Doug Kelly, Tim Scott and Rikard deJounge will be attending the Boeing Appraiser’s conference in Seattle from September 8-9. While AVITAS always sends a significant contingent to the Boeing event, the DC office will still be well-staffed to assist our Clients.

AVITAS HQ  – West Coast will be temporarily established in San Diego from March 15 – March 18 during the ISTAT Americas Conference.  John Vitale, AVITAS CEO and past President of ISTAT, will be leading the delegation and will be joined by Dr. Adam Pilarski, Senior Vice President – Consulting who will be presenting, and […]