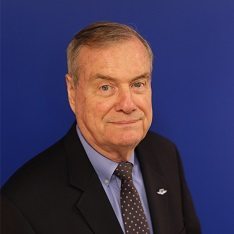 Bill joined AVITAS in 2004 bringing over 30 years of domestic and international aviation industry experience with major commercial airlines, original equipment manufacturers (OEM) and maintenance repair organizations (MRO).  Prior to joining AVITAS, Bill served as the Director of Sales and Marketing for both Airframe Maintenance and Storage at the Evergreen Air Center (MRO) where he was responsible for developing a unique program, the Work Share Concept, which pooled the areas of expertise from several service providers and two major airlines in order to reduce costs and provide greater efficiency to customers.  Bill also has significant experience in the area of components and spare parts as evidenced by his tenure as Vice President of Messier Services – SNECMA (OEM/MRO), where he developed product concentration support for the current Boeing, Airbus and regional commercial aircraft fleets.