If aircraft are returned late or in an unacceptable condition at the end of lease, the operator can face significant compensation costs. Recommended best practice for the aircraft lease transitions process are highlighted here, including the need for detailed, advanced planning. AVITAS’s Bruce Burnett advises on the best practices for aircraft leasing, read more here […] 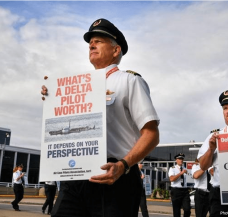 Delta Air Line pilots approved their new contract last week.  While all details are not available, there are some clear winners and losers: Winners: Delta Air Line mainline pilots: they get a 30% pay raise over four years Other US airlines (and maybe airline pilots in Europe): they will want what Delta pilot’s got Delta […]

Delta Air Lines has 20 different aircraft fleet types and models today; largely a result of its merger with Northwest Airlines and other fleet acquisitions. The narrowbody aircraft space for Delta has grown at a considerable rate vs. its widebody fleet. Delta’s narrowbody fleet has grown by 101 units over the last six years (2010 […]

Why the big increase in mid-size and large narrowbody aircraft?

The US election and its relevance to aviation, Aero Finance

The US election and its relevance to aviation Dr. Adam Pilarski’s analysis of the US Presidential election, now entering its final month, draws parallels with other countries. He asks what consequences the US election, and other political developments will have for globalisation, trade, and he ask how all this is related to aviation. “The political […]

Standardisation in airlines is making it boring  to fly in the USA, writes  Adam Pilarski, Senior Vice-President at AVITAS. As featured in Airfinance Journal Column PILARSKI SAYS A well-known industry pundit recently wondered how come the big three US airlines are beginning to resemble each other in service, fees and amenities. He claims that from the flying public point of view, the big three mirror each other and pursue strategies that will ensure […]

The 55th edition of the Jet Aircraft BlueBook is now available. The latest BlueBook features for the first time Bombardier CSeries CS100 values.     Considered the industry’s most respected source of commercial aircraft values, the AVITAS BlueBook of Jet Aircraft Values contains base, current market and future values forecasts for all major western-built jet types, including regional […] 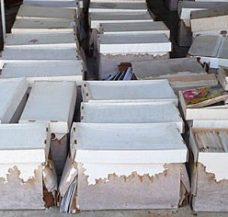 Digital Records vs. Oodles of Paper

I remember my first redelivery.  It was a classic Boeing airplane that my airline had operated since new.  It was now nearing 17 years old and being redelivered to the lessor, one of the larger, more demanding leasing companies.  Although I recognized there were numerous “required” records that had to be redelivered with the aircraft, […]

Drafting lease language – don’t end up with this aircraft

AVITAS Technical, Valuation and Consulting services can help you with drafting lease language so you don’t end up with this aircraft Contact us now to discuss how we may assist with your lease language requirements.